I started a book February of 2018, hoping I could finish it and publish it before the end of the year. But as I have said often enough, life intrudes, sometimes in ways you hope it doesn’t. How do you write after losing your soulmate?

That book is not close to its conclusion. I’m far from the lengthy, sometimes tortuous process of having the book edited and proofread, and its book cover designed. Frankly, at this point, I’m no longer sure where to go with it.

I had a very good sense of where it would lead before those life events. With time passing and all that happened last year, I have forgotten the scenes I initially meant to write. In fact, I’m rudderless, pushed forward by things I don’t bother too much to take control of, like a log floating on water. I guess that tells me (as if I didn’t already know) how profound the events of last year have affected me. 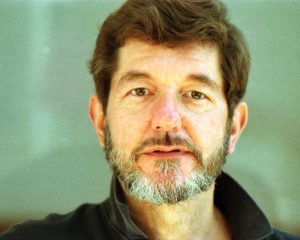 I’ve written about grief because I’ve suffered through it a few times and characters in some of my books have as well. But this time, the person I lost is my husband, my soulmate, my number one confidante and fan of all my attempts—whether clumsy or creative—at being an author. We were each other’s sounding board or involved listener, giving active suggestions or advice as circumstances called for.

Last year, his Parkinson’s Disease took a turn for the worse in ways that were more serious than they had first appeared. First, he lost his ability to walk, which led to hospitalization, a suspicion of pneumonia, and two weeks of inpatient acute rehab. These problems seemed to get better and he learned to walk again. Months later, his swallowing and breathing difficulties worsened and he spent time in the hospital for the second time. Again, he went on acute rehab and, again, doctors suspected pneumonia, but they found something else about which they could only speculate on the cause: tests showed his lungs had enlarged.

He returned home from the hospital. But only for two days. He was back at the hospital a third time, admitted to intensive care where he was hooked up to a breathing machine. Diagnosis: aspiration pneumonia. Existing drugs failed to treat it and he faced the possibility of being permanently hooked to a breathing machine. Rich chose to go. I lost him a week after he came home, just before Christmas. And he took half my soul with him. 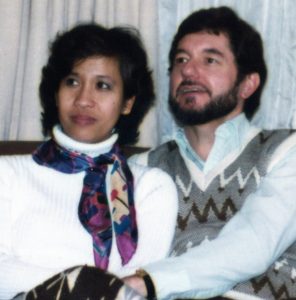 Some people can harness tragedies like this, turn them into something creative. I couldn’t. Not for the last four months. But slowly, I’m forcing myself to take little steps towards at least my old activities. But sorrow is always just below the surface, ready to take control.

In the article I referred to above, I wrote about the various guises grief took in Elizabeth Gaskell’s North and South—sorrow, for sure; despair, devastation, and maybe wasting away from loss of meaning. But there’s also anger, directed outward or towards oneself (leading sometimes to suicide). Sometimes, we draw on our strength to cope when those around us cannot, as Margaret Hale does when her mother dies and her father seems to fall apart. But that same person can also be shocked, numbed, inconsolable, and passive. This is what happens to Margaret when her father passes away. She has lost the people she was closest to.

My current grief, I think, is a combination of Mr. Hale’s despair and existential angst and Margaret’s inconsolable grief and passivity when her father died. But there’s also denial. It’s easy to stay in that limbo. I live in a house and place full of things that remind me of Rich. Things I treasure and memories I want to keep alive. Things and memories that make it hard for me to accept that he’s gone.

But I mean to recover from my malaise like Margaret instead of giving up as Mr. Hale does. I do have other people who care for me. And a novel to finish. Somehow, I feel that I can keep Rich alive in my mind by continuing to write. Just as I sense him next to me when I listen to recordings he made on guided imagery and relaxation, I hope to feel his presence when I imagine conversations we’ll have as I take up my novel again.