My latest novel, The Shade Under the Mango Tree, takes the reader to a foreign culture. I’ve traveled to Asia, Europe, and parts of North Africa so it might have been inevitable that I would write about experiencing other cultures in my fiction. But more than the act and pleasure of traveling, it’s “living” (no matter how superficial and transient) in the cultures I visit that stays with me. 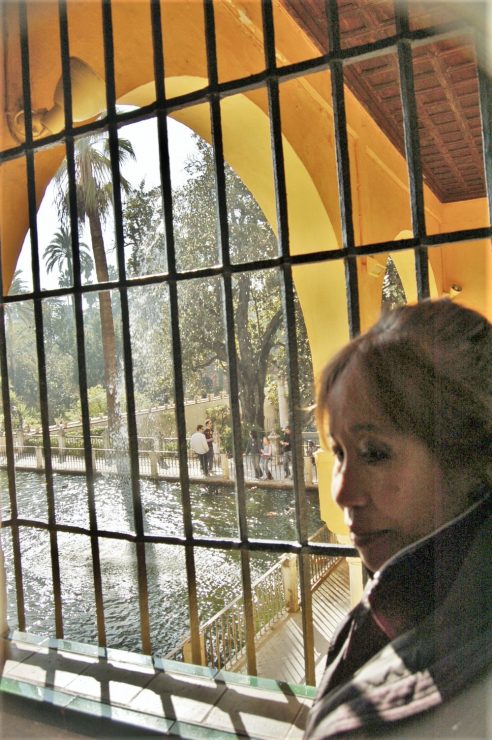 The pandemic has vastly curtailed travel but, thanks to books and other written sources, we can still drop into other worlds in our imagination.

The title of Katherine Boo’s book, Behind the Beautiful Forevers, might intrigue you if you assume it to be about romance stories (the sought-for HEA). It is, in fact, about another culture, one a lot of the world would rather not see. But Ms Boo, a journalism Pulitzer Prize awardee, believes you should see it. And, maybe, now that we’re being made aware of other races and cultures, we’ll be more receptive to the stark truth about marginal societies. Those hidden behind Beautiful Forevers.

Before I read Beautiful Forevers I supposed that in a large country like India you could see life in as many ways as you could imagine it to unfold. But in the poorest hovels of that huge country the reality is life unfolds in ways you’ve never imagined. Ways that make you wonder how people can endure them. Ways that coax your admiration for a resilient social class whose existence India would rather not deal with—a fact that inspires the title. The people you encounter live in the slums of Annawadi, hidden from public view by a wall of Beautiful Forevers, advertisements for a brand of Italian floor tiles.

India’s poorest—this is the group Katherine Boo, Pulitzer Prize winner for journalism, focuses on. A forgotten group of have-nots who literally lives on, eats, and makes a living out of garbage and other discards. The irony won’t be lost on you: Society’s discards surviving on the same.

Living in a society that thrives on bribery, corruption and injustice is particularly harsh on the poor who have no weapons with which to fight back. They have no money and no education. Others like them who’ve risen above them have no qualms bleeding them of the little money they might have. Money they’ve accumulated from years of dealing garbage. Such is the fate of the Husain family. Father and son are falsely accused by an angry envious neighbor of causing her to immolate herself.

The charge is ridiculous as even the police admit but the Husains have a little money that some predators covet and extort out of the hapless family by threatening imprisonment. As if that were not enough, they beat up Abdul, the industrious oldest son. He grows up wiser and unbroken from the experience. Such is sadly how his kind learns resilience—by enduring and surviving unfair, unrelenting assault from those who’re supposed to uphold the law.

It’s a dog eat dog world where everyone becomes a victim of those with more power (because of class, money or position). Although the caste system has been officially done away with, India continues to be a hierarchical society where divisions of the poor, poorer and poorest among the lower caste still exist.

This book is not fiction but reality and the author paints Annawadi’s inhabitants (mainly Abdul and his family and Asha and her daughter Manju) in sharp, vivid strokes. Precisely because the book is not fiction, the stories of these individuals will haunt you. Truth, in this case may be stranger than fiction in unimaginably depressing ways. Yet, many survive (Abdul) and others even thrive (Asha) because of determination. And enough savvy to manipulate the system as others more equipped have done before them.

Ms. Boo shows once more that equality is a myth: The have-nots theoretically may, but never actually, enjoy the same privileges, opportunities, and protections as the haves. Occasionally they’re in luck when someone in power does what’s just. A little too often, though, the young give up and kill themselves.

Read this book and see a side of life that fiction rarely exposes you to. It isn’t entertaining. It’s stark truth.