Welcome, Reluctant Stranger! (Between Two Worlds Book 3), by E. Journey, is a touching story about a woman who must confront her family’s past. 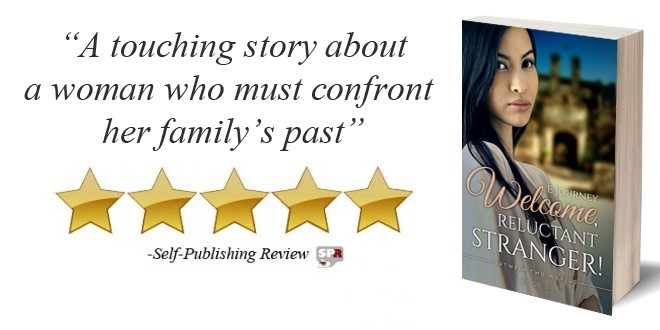 Leilani Torres, a psychologist, helps people heal. But can she heal herself?

When she was only nine, Leilani, her mother, and two siblings flee their Pacific country, Costa Mora. Her father was supposed to follow them to the United States, but he never arrived and was never heard from again.

Justin Halverson is a brokenhearted computer nerd. After his girlfriend of seven years ends their relationship, he turns to booze to drown his sorrows. But he gets more than he bargained for. In a bad part of town, while intoxicated, Justin is jumped by thugs. Leilani witnesses the attack and rushes to his aid.

There’s an attraction between the two, but Leilani’s life is turned upside down when there’s news about her father. The news is good and bad. Leilani and her siblings are forced to ask their mother difficult questions about their father. For years she buried the truth to protect them.

When the reader first meets Leilani, she’s nine and living a privileged life on the tiny island of Costa Mora. After the family flees, the author fast forwards the story and Leilani is an adult living in Northern California and is a psychologist. The skipping over many years adds intrigue. Questions immediately surface in the reader’s mind. How did Leilani adjust to America? Where’s her father? How is the family coping?

The answers aren’t supplied easily or quickly. The author’s slow and methodical way of telling the story sucks the reader in. It’s as if the reader wants to raise a hand to interrupt and ask, “What happened?” 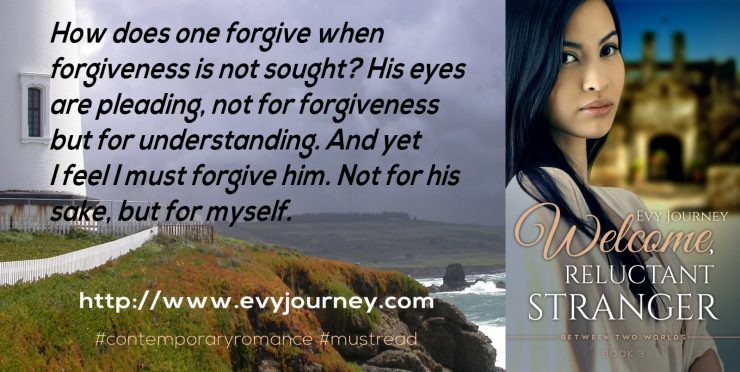 This curiosity, while frustrating at times, is one of the best parts of the story. The mystery surrounding the father eats away at Leilani and her family. Life can be cruel, and the author shows this by holding back key bits of information, which is usually the case in real life. Even though many readers won’t be able to relate to the characters and their dilemmas considering most haven’t experienced certain aspects directly, many will still be able to feel empathy. The moment Leilani and her family fled and the disappearance of her father changed her life drastically and it’s apparent to the reader how much it still haunts her through her actions and thoughts. The author’s carefully constructed story helps the reader connect to the characters on many different levels.

This is the third book in the series, yet it reads like a standalone. Welcome, Reluctant Stranger! is an engaging novel with layers of love, intrigue, twists and turns, and family secrets.” Self-Publishing Review