My latest novel, Sugar and Spice and All Those Lies takes place in a diverse area of big and little treasures to entice your stomach and your heart. Today, I’m sampling white tea. 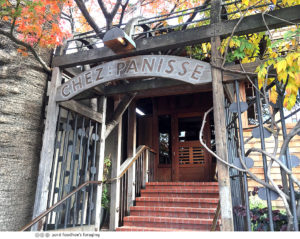 I take my husband to his dance therapy on Monday mornings. The class takes place at a community center in California’s gourmet ghetto, birthplace of sustainably-produced, locally-sourced California cuisine that lets ingredients shine. The main attractions here are Chez Panisse (of course), the mecca where California-cuisine guru Alice Waters serves her prescriptions for eating; The Cheeseboard, a cheese collective with a mind-boggling choice of cheeses; and Peet’s, the coffee shop that changed Americans’ coffee habits from instant to freshly-brewed, freshly-ground sustainable coffee beans.

On this particular day, I explore the back of the Epicurious Garden, a few paces from Chez Panisse. It’s across the street from The Cheeseboard and around the corner from Peet’s. Inside, Epicurious Garden houses a few ethnic food stalls, organic ice cream and organic chocolates. Just a step out of it, I go up a short curving walkway ramp to the Imperial Tea Garden, passing an Asian-style man-made fountain and an impressive iron gate. The gate is locked and closed off to the public. 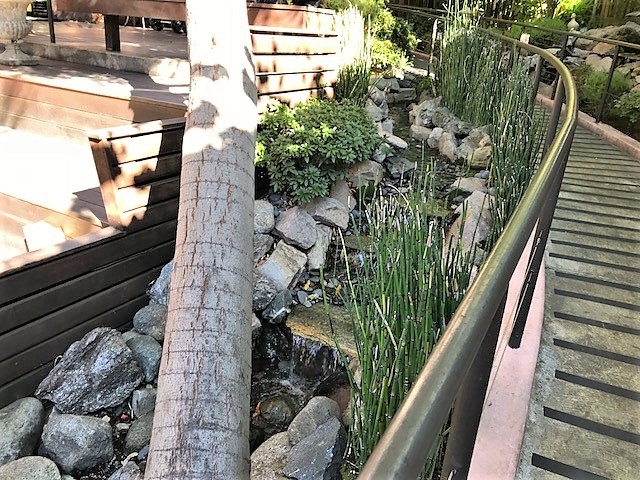 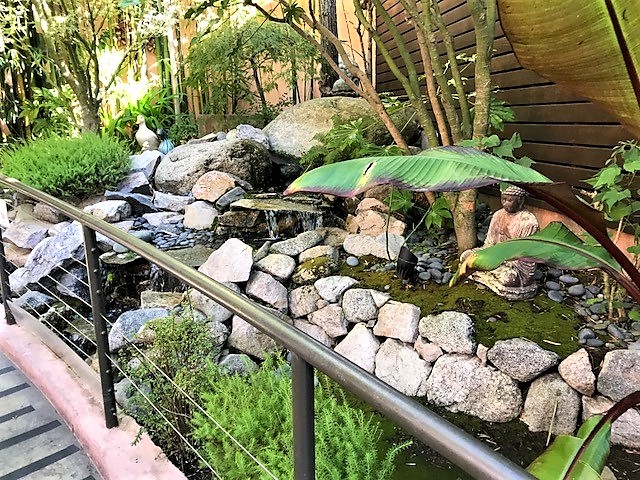 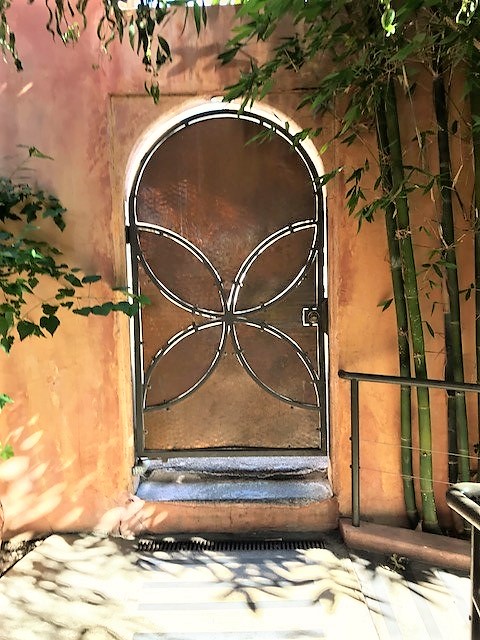 A few outside tables next to the walkway are scattered under a shady tree. There is a relaxed ambience to the place on this day. I’ve passed by it when it was more crowded and, even then, you still get that sense of quietude. Maybe because the tea garden is away from the streets surrounding the Epicurious Garden complex.

The core of the Imperial Tea Garden is tea but at lunch people come for the food. The menu lists a few dim sum items and some standard Chinese dishes. It’s noon but I came just for tea. Rich and I will have lunch elsewhere after his therapy class.

I order a white tea which is harvested earlier than green tea and is less processed. It’s also more expensive. I’m not a tea connoisseur but I’ve sampled green and black teas at tea stores and we drink a few varieties at home. Ever an adventurous foodie living a bit of my characters experience, I was curious about what white tea is like.

A pretty, young Chinese woman, comes to my table bearing a white tea cup, a metal pitcher of hot water and a small but heavy-looking dark teapot on a a thick metal tray. The Japanese are known for their tea ceremony and, it seems, the Chinese have a couple of their own rituals. 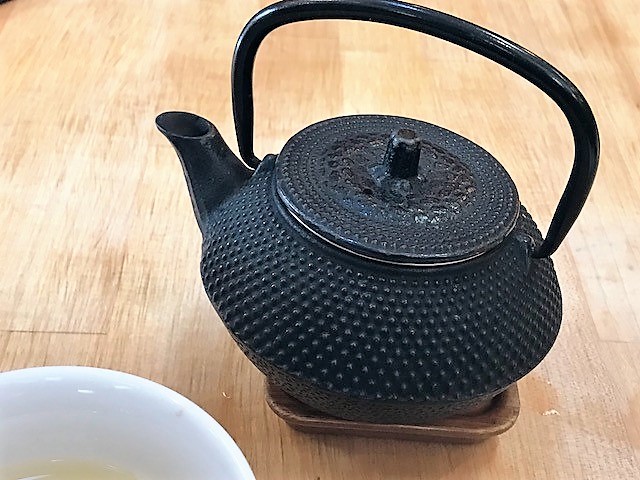 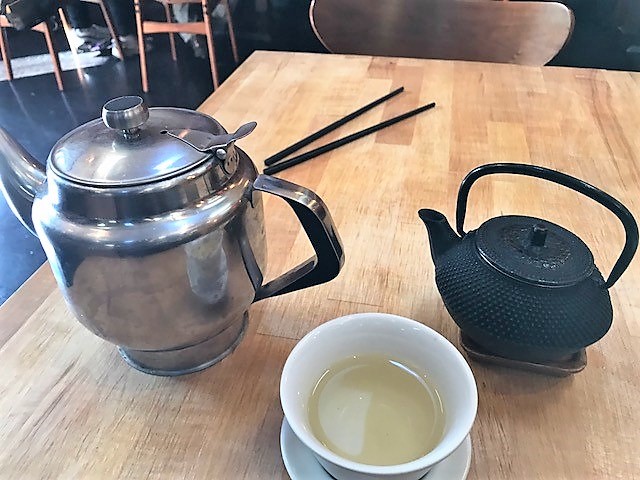 The server is gracious and gives me a shy but lovely smile. She pours a bit of hot water into the teapot and throws it out right away into the metal tray, which I see now has holes on its top plate. I’ve never seen anything like that tray and thought it a clever and practical invention. She says it’s necessary to clean the tea leaves of impurities like dust. She goes through this process twice before she pours water into the teapot a third time. This time, she unloads the cup on the table and, without waiting for the tea to brew, she fills it with some tea. With another shy smile, she takes the tray and leaves me to savor my tea.

Surely, I thought, the tea can’t have much taste if it hardly brewed. As I expected, the tea doesn’t taste much different from water but it has a pleasant and subtle aroma. My next cups, which I brew longer, have a faint taste of tea (as I know it) with a slight creaminess that assures you what you’re drinking isn’t merely water.

So, why settle for the subtleness of expensive white tea? Healthline enumerates ten reasons backed by science.


For me, enjoying this tea is a way of leaving the typical daily stress for an hour of solitude in a public space.