I sometimes feel like an anachronism because I prefer inner-directed characters. Characters I’m more likely to find in the classics. I also tend to be more moved by the prose and stories of classic writers. With some exceptions, for sure.

I’m in awe, for example, of how Anthony Doerr and Chitra Divakaruni write and what they write about. Doerr’s All The Light we Cannot See has been my number 1 favorite for some time. Divakaruni’s Palace of Illusions based on the Indian epic Mahabharata is in my top ten.

But it’s Jane Austen’s prose and themes that have endured with me, particularly Pride and Prejudice. She has been my companion, first in a collection of her books now yellowed and tattered. I’ve been trying to preserve it because of its tiny illustrations in every chapter. But it was a cheap book, bought when I was seventeen. The paper it’s printed on won’t last much longer. Now, I reread Austen’s stories in the kindle app in my iPad. And yes, my copy has illustrations. I love illustrated books—there needn’t be many images. One or two would do. 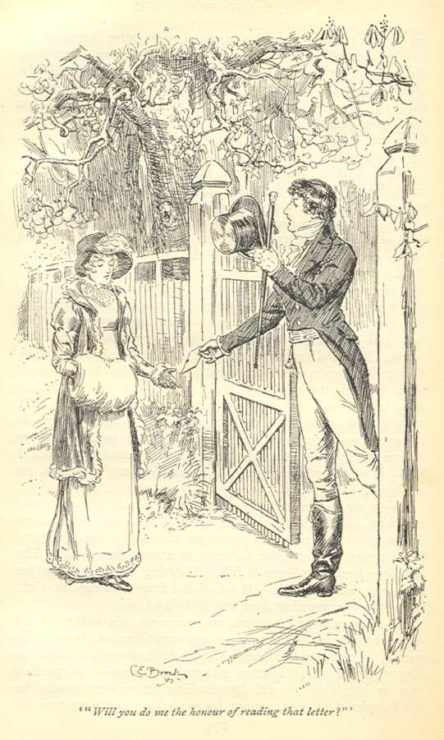 Austen’s prose has a fluidity and a lilt eminently suitable to the type of novels she wrote. Add to that her seamless and subtle weaving of a novel of manners into a love story. Without most readers noticing, she’s amusingly indicted the hypocrisy of the upper social class of her time and the fawning attitude of the gentleman class to which her family belonged.

Like most others, I didn’t see all that Austen was doing when I first read her books. My first reaction was merely that I liked her stories without knowing why. And like many of her “fans,” the beginning sentences of P&P delighted me.

It took some maturity and reading Elizabeth Gaskell’s North and South to make me fully appreciate Ms. Austen. Gaskell was probably an Austen “fan.” Literary scholars see her paying homage to Austen in the first few chapters of N&S when she writes about the social quirks of her particular time, nearly fifty years after Jane Austen.

Gaskell, of course, has another intention for her novel, which begins to unfold in a later chapter. Living in Manchester and witnessing the first general strike in industrializing England in the Victorian year before her novel was published, Gaskell presents a social-problem novel. One that describes the ills and social upheavals spilling from the industrial revolution.

Gaskell’s novel is complex, inviting so many ways of looking at it. Scholars say the novel examines the clash among classes, the blurring of male-female roles (crossing separate gender spheres, a taboo in her time), the significance of the heroine’s various displacements (moving through various locales), and—the one after my own heart—what Jill Matus, author of The Cambridge Companion to Elizabeth Gaskell calls “interiority.”

I am a big fan of interiority. 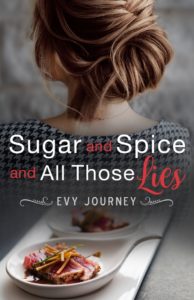 But what is “interiority”? Everyone of us possesses it. Interiority is that deeply-embedded, guarded inner life you have. That part you may engage with a lot but you may not talk about much—for good reasons. Among other things, it’s where you keep secrets. Engaging with it helps make you self-aware.

Some people wallow in their inner lives more than others. Austen’s Elizabeth did so in P&P, but even more than her, so did Persuasion’s Anne Eliot, the most mature of Austen’s characters, both in age and wisdom.

Gaskell’s heroine Margaret is quite an inner-directed character. Many readers have criticized her for rejecting the hero’s proposal and not admitting her feelings. Gaskell uses this plot point to show Margaret’s interiority when she rationalizes her actions to herself. Later, we witness her gradually accepting her feelings for the hero.

Margaret is actually refusing to succumb to the brutality of Victorian repression when society saw women as “angels of the house” incapable of rational thought and opinions. She chooses to cope with this insidious sexism internally.

My female protagonists from Margaret (in a N&S sequel I wrote) to Luna in my latest novel are all inner-directed. Women with rich inner lives. They mull over their experiences, assess what they mean, learn from them. It’s how they grow. It’s not an attribute that appeals to modern readers impatient with the outward inactivity of thinking. Most of us prefer action and excitement.